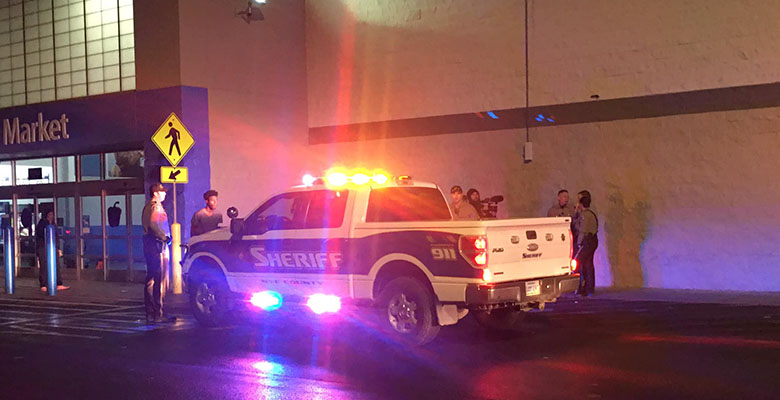 Two suspects are in custody for an alleged robbery that occurred at Dominos on Highway 160. The pizza delivery driver was allegedly attacked behind the business near Dahlia Street by two individuals described as a male and female. They have been detained in front of Walmart by Nye County Sheriff‘s Office Deputies. The delivery driver sustained a head injury and was transported to Desert View Hospital via Pahrump Valley Fire and Rescue Ambulance.