A reported stolen vehicle has been recovered after it was allegedly involved in a hit and run crash. The vehicle versus motorcycle accident reportedly occurred on Blagg Road early this evening. The motorcycle was allegedly struck by a Honda Civic that fled the scene. The male rider also left the scene and went to his residence in Comstock Park. Police and medics arrived at his home on Steptoe. He declined to be taken by ambulance to the hospital. A short time later the Honda Civic was spotted on Pahrump Valley Boulevard. Two young males are in custody at this time. 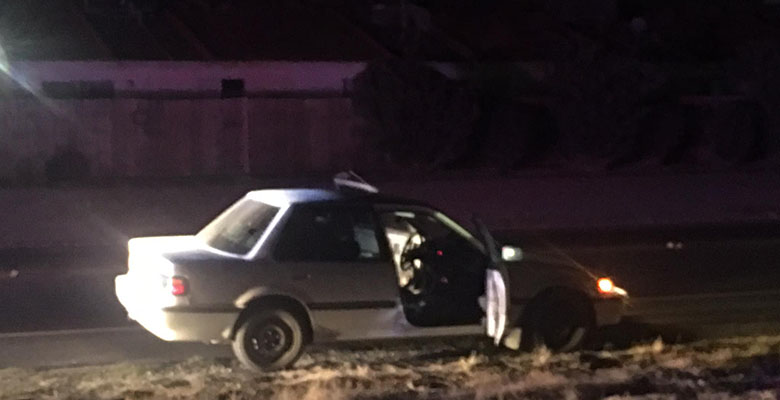