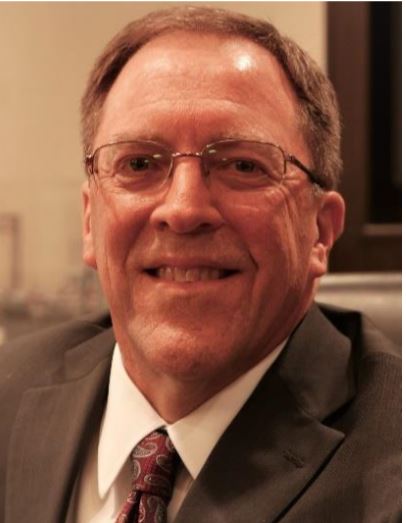 Mark A. Stallons, Chief Executive at a Kentucky cooperative and a veteran of three decades of cooperative management in the Midwest, has been named CEO of Valley Electric Association.

"We are thrilled to have Mark as CEO of Valley Electric Association," said Terrie D'Antonio, Interim CEO and a member of the VEA Board of Directors from District 5 (Sandy Valley). "Mark comes from a larger co-op than we are, and he brings tremendous experience. I believe he is just the right person to lead our Co-op working with our members and employees."

“Mark has the strong leadership skills, extensive cooperative knowledge and the experience that we were looking for, but his personality sealed the deal,” said Kathleen Keyes, Board President from District 4 (Fish Lake Valley). “The Board of Directors chose Mark because we believe that he is a good fit with our employees, will communicate very well with our members and has the ability to lead VEA to a sound financial future.”
Stallons comes to Pahrump from Owenton, KY, where since 2009 he has served as President and CEO of Owen Electric Cooperative. Owen is located between Lexington and Cincinnati and serves 62,500 members. It has a $180 million operating budget and 135 employees.

Stallons said: "Every organization has challenges, which I view as opportunities. In times of difficult challenges, leadership, teamwork, development and problem solving are necessary. In the last few days, I have met employees who are eager to work together and build an electric cooperative that is member focused, looking ahead and leading by example. I see huge potential in Valley Electric."

Every Co-op is different, and Valley's investment in high-speed broadband was an attraction to Stallons. There will be a learning curve, he said, “and I need to learn as much about Valley as fast as I can.”

Something that VEA has going in its favor is the new Board's commitment to transparency and openness, said Stallons. "Look at the website, and you can see how real that commitment is."

Stallons has served on several leadership committees for the National Rural Electric Cooperative Association (NRECA), including the Legislative Committee, where he was Vice Chairman; the Resolutions Committee; the Energy Innovation Task Force and the Regulatory Committee. In Kentucky, he was a member of the Governor's Energy Efficiency Task Force. He is a member of the Touchstone Energy Board of Directors.

Before joining Owen Electric in 2009, Stallons spent six years as Executive VP and General Manager at Egyptian Electric Cooperative in Steelville, Ill. From 1994 to 2002, he was Vice President of Operations and Power Supply at Midwest Energy Cooperative in Cassopolis, Mich.

Stallons wife, Judy, is a United Methodist minister. They have two sons, Jason (Vicky), a physical therapist for FC Cincinnati, the MLS soccer team and Benjamin (Samohya), a high school biology teacher in St. Louis. The Stallons have five grandchildren and another on the way.

VEA received 59 applications for the open CEO position. The Board of Directors worked for several months with NRECA to help with recruitment and to vet applicants. Interviews with finalists were conducted the week of of Nov. 18. "It was a very involved process," said D'Antonio.

Stallons has a bachelor’s degree in electrical engineering from Ohio Northern University and an MBA from the University of Dayton.

Valley Electric Association, Inc. (VEA) is a member-owned nonprofit electric utility headquartered in Pahrump, Nev. While VEA started as a small rural electric utility in 1965, the company now provides electric service to more than 45,000 people within a vast 6,800-squaremile service area located primarily along the California-Nevada border, with the majority in Nevada. Valley Communications Association (VCA), a wholly owned subsidiary of VEA, began providing high-speed communications to our member-owners in the spring of 2016. VEA’s service area starts in Sandy Valley, southwest of Las Vegas, and extends north for more than 250 miles to Fish Lake Valley. For more information about VEA, please visit www.vea.coop.